There will be some who point out (and in part, correctly) that this is a recurring theme every year at this time, but many are the factors that invite us to think that 2017 will not be a normal date for journalism, because of its challenges of reconversion at medium and long term. And in Opennemas we have debated about it.

Addressing Nic Newman, a Reuters Institute researcher, the imminent world political landscape -with Trump in the presidency of the United States and the elections of France and Germany on the horizon- will test traditional media. "Have they forgotten to connect with their readers?", asks Newman in the study by Oxford University for the next 12 months.

HERE YOU WILL BE ABLE TO ACCESS TO THE OXFORD UNIVERSITY DIGITAL NEWS PROJECT 2017!

In part, due to the issue raised by Newman and the intense prospect of change that will face the mass media, the Opennemas team has chosen a selection of five influencers of established reputation in research and innovation in digital media. If someone can solve your doubts (besides us), they are the names to follow in this 2017: 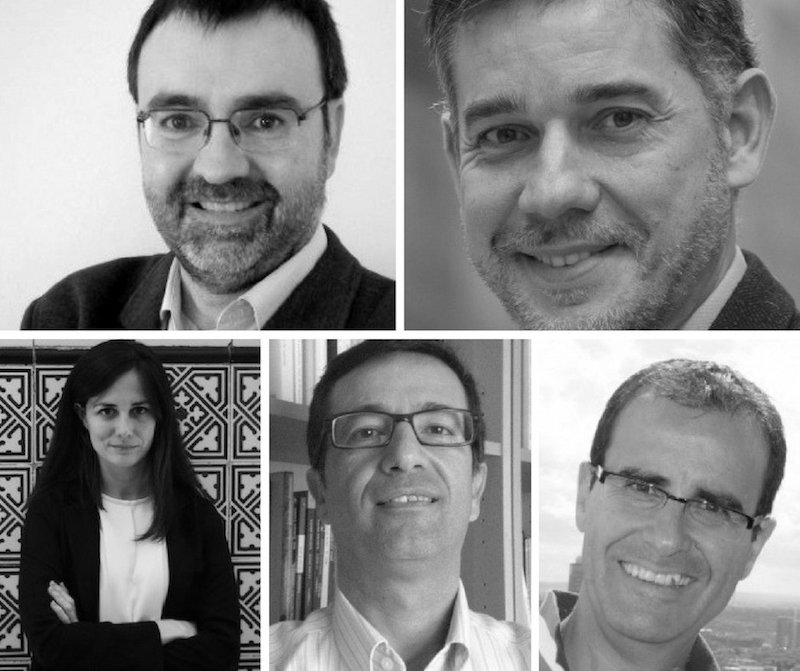 1. Ismael Nafría: One of the gurus to follow closely facing this year. Currently in the Knight Center for Journalism of Texas, this journalist is following the steps of the new experiments that are done in the New York Times: subscriber model, product development for mobile devices ... And also what horizon is glimpsed with Facebook changes and content distribution.

2. Ramón Salaverría: Advices (and some reprimands) on how to maintain quality journalism in the media. This professor of digital journalism at the University of Navarra continues in social networks a line common to that of a classic of the guild like Bastenier. Are you interested in how sensationalism and 'fake news' have developed? Do not miss his posts on Twitter and Facebook.

3. Delia Rodríguez: If you are a regular to enter Verne, you will know who is her. She was the founder of this web associated to El País and that investigates (in depth) the viral phenomena into the Internet. And it is very different to click on a video of millions of reproductions to know the story behind that recording. He is now working on the audience development at Univision.

4. José Alberto García Avilés: Professor at the Miguel Hernández University of Elche, the Master of Innovation in Journalism in which he teaches has earned a deserved niche among the most appreciated in the national landscape. If you are an entrepreneur or you have in mind to found your digital media, following his Twitter TL is a must.

5. Luismi Pedrero: If you are an audiovisual 'fanatic' and, more specifically, of the radio, he is your man. Professor at the Faculty of Communication of the Universidad Pontificia de Salamanca, he investigates how the content on the small screen can be made profitable and also if, from the transistor to the podcast, the stations surpass their particular via crucis in order to reenact the public.

And you, are you interested in journalism and are you trying to give voice to your idea? If you have the idea of creating a digital medium into your head, with Opennemas you will have an unbeatable tool. Discover all that our CMS offers you and, in case of doubt, we will be happy to advise you personally. Come with us!

You may also be interested in:
Comments
Last News
1
Paid content in digital media: options and challenges
2
Change Algorithm Facebook 2018: what it means and what to do
3
How to write for digital newspapers (5 key points)
4
Women and leadership in digital journalism
5
Five books about journalism you should read
Most Viewed
Top 7 skills that a digital journalist must have
Five content marketing strategies media companies can implement
5 digital journalism trends to follow in 2017
Why it is useful to create a Telegram channel for your digital media
Less than 40% of newspapers use Instagram in their social media strategy
5 'influencers' of journalism innovation to follow in 2017
The 5 most-read articles in the Opennemas network in December 2016
The New York Times and Washington Post business concepts: 6 strategies to suggest in 2017