Success stories of innovation in journalism in 2017 (I): NRKbeta

About two months ago, we explored part of the strategies that will follow the New York Times and The Washington Post for the year 2017 and, in the meantime, we consulted the opinion of one of the most reputed journalists in the international scene: Miguel Ángel Bastenier, professor at Escuela de El País. His response caught our attention. And it made us reflect for a few days: Is everything (or almost everything) invented in journalism?

The fact is, during the last weeks, the Opennemas team tried to follow and to analyze cases of recent innovation in the guild. The transition from paper to digital has not only changed the formats, but also the idea of how to do storytelling and how to reach (and filter) the potential audience. In between, the dilemma of whether, in the medium term, will be the quantity, the quality or a mixture of both which will allow the survival of mass media.

Closely related to the dealings with the public, the Nieman Lab published a report about the NKRbeta vertical, a technology blog on the Norwegian public channel NRK. There, the editors propelled a tool according to which the reader could accede to the comments of a news answering before to three questions about it. 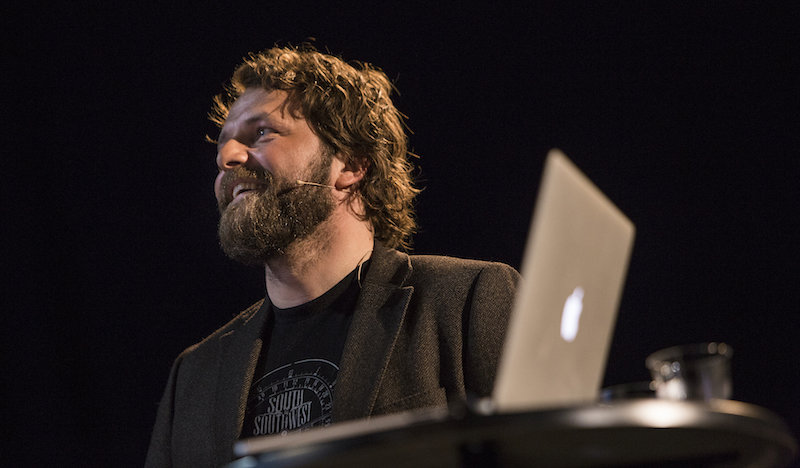 Marius Arnesen, editor and editor of NRKbeta, at the Nordiske Mediedager in 2016

"If you're going to debate something, it's important to know what's in the article and what's not in it. Otherwise, people are just being rude", said Marius Arnesen, media editor. It is precisely this that has pushed many -even generalist- media to suppress the comments section at the bottom of the articles to avoid the tussle and trolls.

On NRKbeta's case, Arnesen notes that "comments come from a lot of people interested in technology, intelligent people who know how to behave. But when one of our articles hits the front page, many others who are not so accustomed to he Internet come to us too". Between the lines, one perceives the idea of, besides moderating, they also want to educate the reader in the face of the medium term. No doubt about it, it's interesting.

It is not less the fact that the team of NRKbeta launched in the open source the module of comments that they have developed. You will find it here. And in Opennemas we have already taken note of this thinking about the next product updates!

Oh! And if you have not tried our CMS for digital media, it's because you do not want to. It's free!

You may also be interested in:
Comments
Last News