The New York Times and Washington Post business concepts: 6 strategies to suggest in 2017

It will be one of the journalistic 'struggles' to follow in 2017. If this is to be called this, because it is very possible that the innovation projects that will be launched in the coming months, both The New York Times and The Washington Post will be two engines of incalculable value for the media industry facing the medium term. Or at least, this is we can feel from the Opennemas team.

But what initiatives do they have in mind to encourage the 'click' from a well understood perspective? With an audience increasingly accustomed to consuming the information in digital, it will be convenient to be attentive to which will be the models of business proposed by the publication headed by Dean Baquet and as the directed by Marty Baron, too. In Opennemas we have analyzed a total of six of the ideas that handle both. 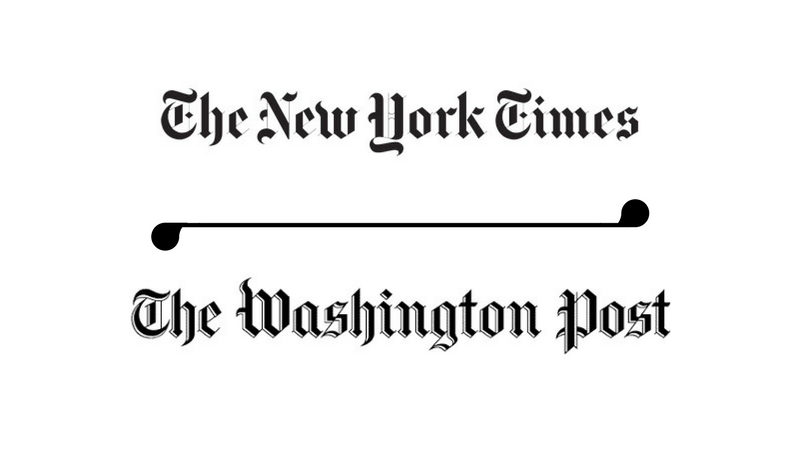 You will find it explained in the 'Journalism That Stands Apart' published this week by the newspaper and also very well chewed on the blog of the Spanish journalist Ismael Nafría. These are three of the points that will be key to understanding what the newspaper aspires in the coming years.

1. Growing in subscribers: There has been a long talk about whether this 2017 will be the final year for the take-off of paid content. It is not about the page views, but to make the reader see that they should stay for good content and take the payment of an amount to enjoy it. They already exceed one million and a half in digital. In Opennemas we have also thought about it.

2. (More) visual journalism: It sounds obvious, but the Times wants to give an extra impetus to this strategy. Photography and video, but giving to the viewer an added value when navigating the news, helping him to stay in it. One of the routes already used was the use of drones to impact from the beginning. And here you can see an example of how a report invites not to leave the site with just the power of the moving image.

3. Reinvent sections like the specials: The Times report also focus on the possibility of giving an extra value to service informations. Who does not read anything about health, sport or gastronomy? Looking ahead to 2017, the newspaper aims to also know how to improve the supply of news and articles in these areas.

Jeff Bezos and Marty Baron. It seems a marriage born in an idyllic film. The Amazon CEO has not only been a financial lifeline for the Post, but also has given a definitive boost to the publication of the US capital to bluntly combine technology and journalism. Numbers and letters. In fact, Post editor Jeff Ryan revealed a few weeks ago that about 60 journalists will join the newspaper this year. And among its initiatives to reach its audience...

1. Massive (and correct) use of social networks: Yes, we know it is a very used way, but one thing is to send messages on the air in WhatsApp, Facebook Instant Articles, Snapchat, Twitter, Instagram and even newsletters. Different is to get your readers and promote their return to the website and also paying a small amount for the content. The equation? More users who pay less money.

2. Video, video and more video: Bezos believes on the audiovisual. And the proof of this is that last January 13rd announced the recruitment of 30 more people for the team. The explanation? This is partly because, according to the data provided by the Post, views grew by 139% in 2016 thanks to, for example, coverage of relevant events.

3. A rapid response research team: It was revealed a few days ago from the newspaper itself. Work on breaking news and complement the teams they look for in top-level stories of relevance. This initiative will include five journalists, a photojournalist and a database, as well as a publisher. That is, a leg added to the table of quality journalism.

Knowing this, in Opennemas we will be attentive throughout the year to see how both proposals of Times and Post evolve and, above all, what other horizons of innovation appear in the guild. And... If you have in mind to create your own digital journal, do not hesitate to use our CMS, specially designed for media and with a multitude of tools so that you just take care of thinking what it is that you want to publish.

You may also be interested in:
Comments
Last News
1
Paid content in digital media: options and challenges
2
Change Algorithm Facebook 2018: what it means and what to do
3
How to write for digital newspapers (5 key points)
4
Women and leadership in digital journalism
5
Five books about journalism you should read
Most Viewed
Top 7 skills that a digital journalist must have
Five content marketing strategies media companies can implement
5 digital journalism trends to follow in 2017
Why it is useful to create a Telegram channel for your digital media
Less than 40% of newspapers use Instagram in their social media strategy
The New York Times and Washington Post business concepts: 6 strategies to suggest in 2017
5 'influencers' of journalism innovation to follow in 2017
The paid-content model, a vital lifeline for journalism in the medium term?