5 succesful opinion authors of the Opennemas network in 2017

There are those who say that in today's journalism there is a lack of analysis and too much immediate opinion. Perhaps it is true, but there is no better complement to a newspaper than personalities of interest and their reflections to gain a fixed audience, and that (even more in the era in which the pageviews are another thermometer of its health) it is priceless.

As we did at the end of 2016, in the Opennemas team we wanted to take stock of what articles of opinion have get the attention of the readers so far in 2017. And among those who have written this ones we find a miscellany: there are journalists, of course, but also politicians, teachers and cultural icons. We leave you with five of those who, to date, have left their stamp since the beginning of January: 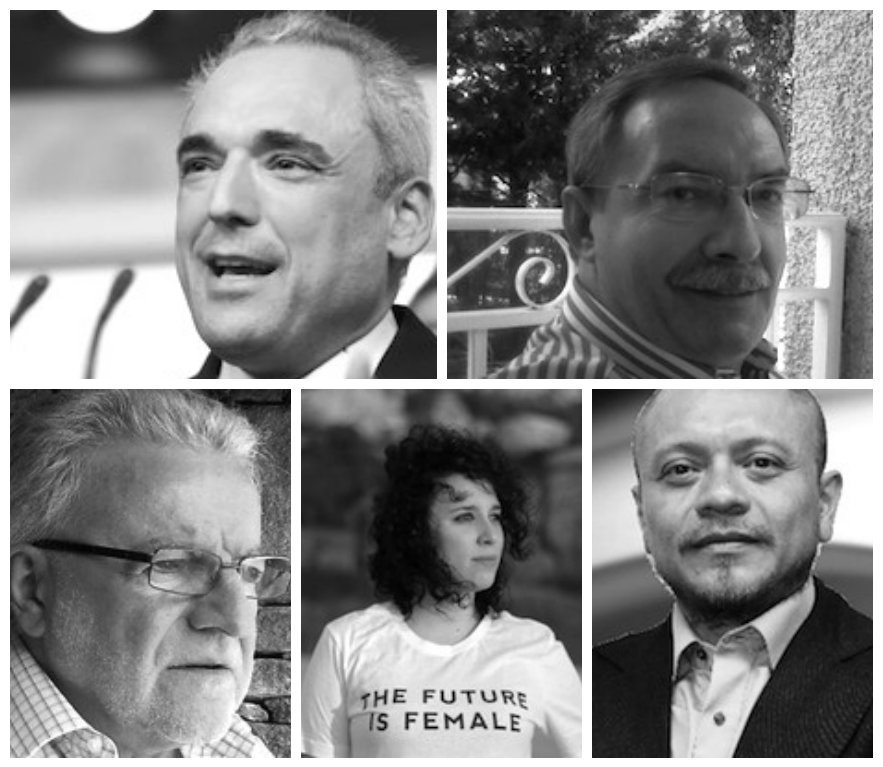 1. Manuel Rico: He is collaborator in El País and also writes for Nueva Tribuna. It was precisely here, and only five days ago, when his 'El decálogo de la perplejidad: lo que algunos no han entendido' reached 33,034 pageviews. The argument? To explain the current reality of PSOE and the factors that have led to the socialist formation to its recent instability. A broad article, and very well scraped.

2. Rafael Simancas: From an analysis of PSOE... To a column of a member of the party itself. Also in Nueva Tribuna, although dated January 16th. The socialist deputy for Madrid carried out a small study on the causes that have led politicians of an intolerant profile to fight for gaining power in countries like USA or Philippines, but also in Europe. 'La internacional autoritaria' reached 18,184 visits.

3. Sara Torreiro: This journalist made her debut this year in Sermos Galiza, one of the leading newspapers in the Galician community. From the January 2nd, his 'O vestido de Pedroche e o bufón baboso de Chicote' reached 13,335 page views. In the piece, Torreiro held a harsh criticism against the repetitive use of women as objects to raise the audience in the media, remembering Antena 3 New Year as an example.

4. Victor Arrogante: An icon of the informational and political circles of Spanish republicanism. Arrogante, in addition to teaching, also collaborates with various media close to the left parties. His knowledge of the history of Spain allows him, from time to time, to leave articles like '23-F. El rey fue uno de los responsables' signing it for Nueva Tribuna, recalling that February 23rd of 1981 with Tejero in the Congress of Deputies. It reached 9,092 page views.

5. Marvin Aguilar: He already appeared in a previous ranking of opinion with Opennemas, so something will be doing well this Salvadoran, teacher and documentalist who collaborates with one of the media that use our CMS, El Salvador Times. On this occasion, with 'Presidente de AVIANCA: Kriete es vanidoso, ególatra, ambicioso y extorsionista', an article about one of the oligarchs of the Central American country, Roberto Kriete, led Aguilar to add 7,880 visits to the newspaper.

You may also be interested in:
Comments
Last News

5
Five books about journalism you should read
Most Viewed
Top 7 skills that a digital journalist must have
5 digital journalism trends to follow in 2017
Five content marketing strategies media companies can implement
Less than 40% of newspapers use Instagram in their social media strategy
Drones and journalism: a trend in the media industry
5 succesful opinion authors of the Opennemas network in 2017
Zamora24horas renews its web design with Opennemas
Tudela Hoy, new member of the Opennemas network!