As usual, with every start of the month, the Opennemas team takes stock of how far our CMS users have come in terms of visits over the previous 30 days. And this time, the five articles that occupy our ranking of March 2017 leads us to sections as diverse as events (as we will see, sometimes unexpected), statements by public figures and, as always, gossiping news. 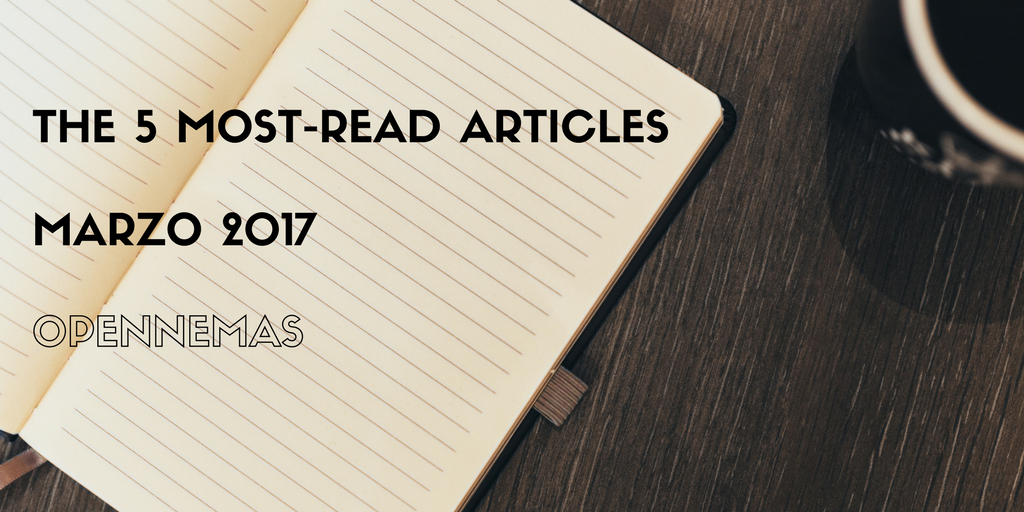 This is our top-5 of the third month of the year in terms of page views:

1. El cruce entre Paula Chaves y Lali: "Hacete ver mamita...": Anyone who usually follows our monthly balance sheets will already understand as usual to see Revista Pronto in the first place of the podium. In this Argentinian publication they know to take advantage of the social networks for its calendar of articles. Specifically, this one reported a total of 324,599 pageviews based on Analytics data.

2. Pillan a una pareja teniendo sexo a plena luz del día en un balcón de la avenida Portugal: It happened in Salamanca, and was echoed in almost all the national mass media. The sexual encounter of a couple in the exterior of a flat and in the eyes of pedestrians derived in a series of videos spreaded like a lightning in the social networks. In Salamanca24horas they published one of them, and it was his most read article of the month: 193.089 visits in March.

3. "Los españoles son miserables, lameculos, rastreros y cobardes": A quote by Willy Toledo. And it did not leave anyone indifferent. The Spanish actor, now settled in Cuba, often appears in the media, where his darts to the politics of his country of origin generate, in addition to intense debates, many interactions on platforms such as Facebook or Twitter. This article of CLM24 bred 79,405 pageviews.

4. Willy Toledo: "Me he tenido que ir de España porque no me da trabajo ni Dios": From Willy Toledo... To Willy Toledo. The Madrilenian is a mine for digital newspapers and televisions because he does not usually bite his tongue. Nor when describing his professional situation and his future projects in Latin America. The original of these declarations came from El Plural, and gathered by Baluarte Digital. 70,679 pageviews.

5. Impactantes temblores en Pamplona: así han captado las cámaras de seguridad de la capital navarra las fuertes sacudidas: It was one of the news of the month in Navarra. An earthquake of magnitude 4.4 on the Richter scale in Pamplona startled the region. It was not the first time a similar seismic activity was documented in the area, and here they documented it on video. 66,565 visits in Navarra.com.

And what about you? Do you have ideas in mind that you would like to publish? In that case, do not wait any longer to do it and try our CMS. And if you still have doubts, contact us here. We will be happy to talk to you!