5 succesful opinion authors of the Opennemas network in May 2017

There are those who think that, today, media give a column to anyone. And this is something to take into account: having a fully individual section in a newspaper is a responsibility that, often, it should be noted before choosing or contacting potential authors. And in Opennemas, due to our daily experience with the digital newspapers that use our CMS, we know how hard this task is.

This is why we have decided to carry out a monthly top-5 to find out which columnists in our network have been most successful among all their readers. And having a look at the month of May, we chose this quintet. Among them, professors and some politician of recognized national status. 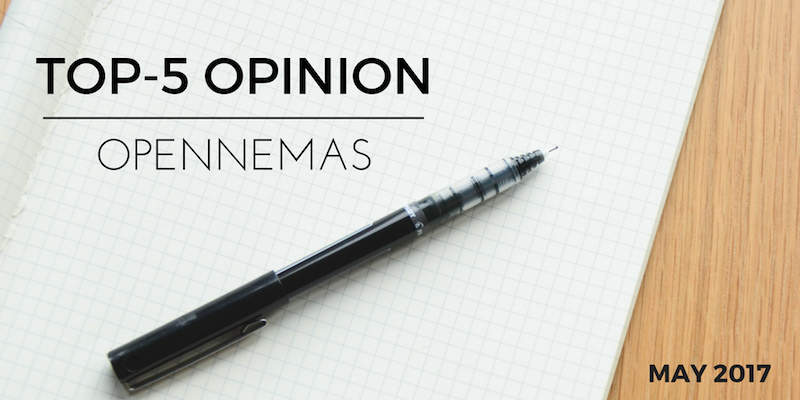 1. Josep Borrell: He was minister with the PSOE and also president of the European Parliament. Now, Borrell also collaborates as columnist for the media Nueva Tribuna. In mid-May, his article "Pero, ¿tú sabes lo que es una nación?" Based on the internal debate in Ferraz in full primaries and with the theme of how to face the demands of the nationalisms in Spain, it gave a good result in terms of pageviews.

2. Begoña Marugán: PhD in Sociology and Associate Professor at Universidad Carlos III. In addition to collaborating with eldiario.es, Marugán also does so with Nueva Tribuna, and on May 23 she published a column that also touches her closely: a study on how the system of recruitment, research and work of universities Spanish Scholarships, doctorates, years and years of effort... The author took out the scalpel to unravel how difficult it is to find a professional balance in this process. "Para echarse a llorar. Precariedad e incertidumbre del trabajo universitario" was a success.

3. Manuel López Foxo: López Foxo is a classic of Galician cultural circles. Since he was young, he began to collaborate with some media of the community as El Ideal Gallego and, actually, he does it with Sermos Galiza. A retrospective on how PSOE and BNG evolved after the failed bipartite Xunta between 2005 and 2009 and its causes had a considerable impact in terms of visits. More than 6,000, in fact, had "Hai erros políticos que pesan como unha lousa".

4. Carlos Jordán: He takes part at COPE Navarra and he is also a columnist at Navarra.com, Jordán was among the most read opinion writers in the media associated with El Español with a critical article on the political course marked by Uxue Barkos, president of the Foral Community Of Navarre, and the party he heads, Geroa Bai: "No es que sean ultras, es que tú eres gilipollas".

5. María PIlar García Negro: Professor, writer, politics in Galicia until shortly after the year 2000 ... García Negro is also a representative figure of the last 20 years in the circles of the Galician left. He wrote for El País and now he does it for Sermos Galiza. With "O artigo de Manuel Veiga", an article on a review of a review of a work by Rosalía de Castro, managed to bring to its statistics a considerable number of readers. It was the second most read column of the month in this digital newspaper.