#ISOJ2017: How to follow, interesting topics and its outstanding speakers

Created in 1999 and with worldwide range since 2003, the International Symposium on Online Journalism (ISOJ) is, year after year, one of the most interesting appointments in the calendar of events of every journalist. In the Opennemas team we have been waiting for what will be the development of this edition of #ISOJ2017, as well as the topics that will be discussed in a meeting that will take place on April 21st and 22nd in the American city of Austin (Texas).

The idea, propelled some years ago by Rosental Alves -professor at the University of Texas- was warmly received in the guild during the last courses, and this in particular glimpses exciting. Why? We tell you three reasons to follow it, as well as several of the speakers of the conference and, of course, the ways that they will enable to follow it at a distance. 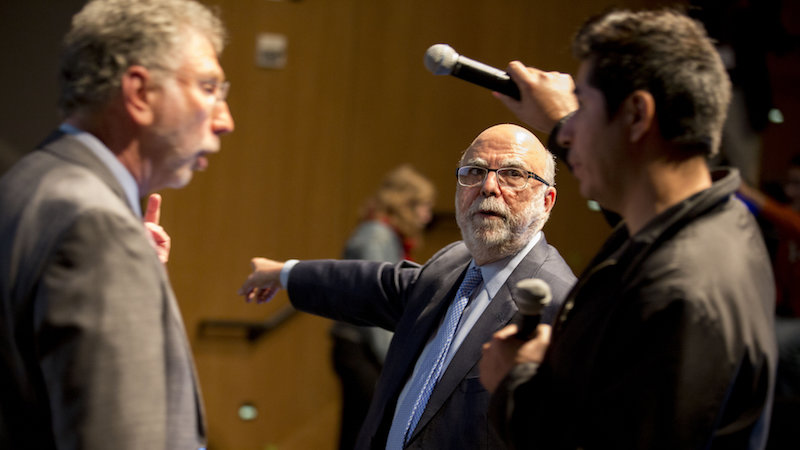 1. The current context of journalism: There are those who see it as a paradox, since they have never before been so questioned, but the media have found in the arrival of Donald Trump to the White House a good reason to regain the confidence of their readers and, in that aspect, to deepen into a business model that seems the most logical: the recruitment of subscribers. McKay Coppins (The Atlantic) and Sopan Deb (The New York Times) will be there to tell how.

2. Changes in US metropolitan newspapers: We talked about this several months ago with the cases of The New York Times and The Washington Post. But the shift to digital priority has also been taken into account by more locally focused media such as the Boston Globe and the Miami Herald. Each case is different, because of the culture and idiosyncrasy of both cities, and there is the interesting thing: to see how they have readjusted to maintain the loyalty of their readers.

3. Business models: There is the battle, on how to make an economic performance of an environment without relying on third parties that compromise their press freedom. From Spain, Juan Luis Sánchez as deputy director of ElDiario.es will tell the experience of the newspaper that heads Ignacio Escolar, and whose model of attracting members is one of the most successful in the country. A presentation to follow closely.

If you are one of those who, in part, rightly believe that video is great part of the future of the media, you will like to listen to Micah Gelman, senior editor of audiovisual content in the Washington Post led by Martin Baron. One fact: Jeff Bezos announced in mid-January that they would hire 30 more people for this team.

You cannot miss the intervention of Sopan Deb. Maybe his name became familiar to you after an incident in mid-December during a pro-Trump rally in Chicago. As a CBS reporter, Deb was arrested after continuing to record with his camera the riots among demonstrators despite the police warnings. His experience deserves to be told.

The Communication Department of #ISOJ2017 will enable a streaming through Youtube -available for the 21st and also the 22nd- as well as from their official Facebook account. In addition, it can be watched on its website with simultaneous translation into Spanish thanks to Univisión Noticias.

We recommend you not to miss it. In fact, who knows! Maybe from here you get to take several good ideas to create your own digital newspaper. Just do not hesitate to do it with Opennemas! Feel free to contact us!

You may also be interested in:
Comments
Last News
1
Paid content in digital media: options and challenges
2
Change Algorithm Facebook 2018: what it means and what to do
3
How to write for digital newspapers (5 key points)
4
Women and leadership in digital journalism
5
Five books about journalism you should read
Most Viewed
Top 7 skills that a digital journalist must have
5 digital journalism trends to follow in 2017
Five content marketing strategies media companies can implement
Less than 40% of newspapers use Instagram in their social media strategy
Why it is useful to create a Telegram channel for your digital media
#ISOJ2017: How to follow, interesting topics and its outstanding speakers
Success stories of innovation in journalism to follow in 2017 (II): Zetland Magasin
Five tips to be successful with your first post in Opennemas